AWID‘s list of 5 amazing feminist spaces that brought us joy in 2017. Our conference – Als Ich Nach Deutschland Kam – is one of them!!

There is something magical about being in a space filled with amazing people who in various ways make the world a better place for all of us.

This year, many of us at AWID have continued to be inspired by the community of activists, and movements with whom we have held space. These include feminists who use digital technologies to create vibrant online communities, to people protecting the planet for future generations, to migrant workers and refugees highlighting the need for fair working conditions for all, to economists who conceptualise a world rooted in just economies.

Here are a few of the amazing feminist spaces we participated in this year.

When I came to Germany 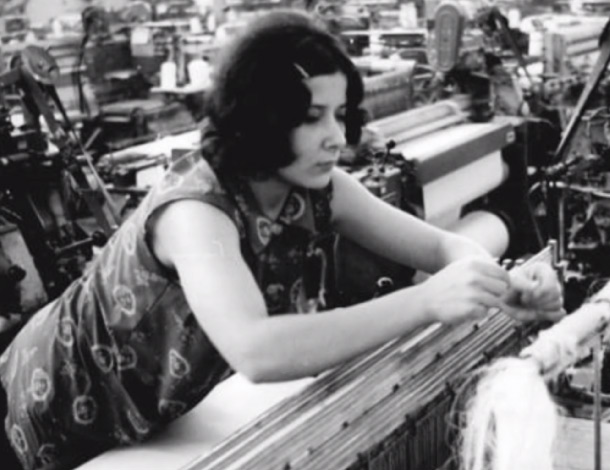 AWIDers Inna Michaeli and Lejla Medanhodzic had this to say:

“What a feeling, to be in a space by and for migrant and refugee women! Isolation is one of the common experiences for women surviving through migration, escape routes, asylum systems, displacement and deportations. This self-organized conference enabled migrant and refugee women, and German women affected by racism, to come came together not only across languages (Turkish, Arabic, Vietnamese, Farsi, English and German), but also across generations.”

Participants had the chance to hear from generations of women who came to East and West Germany as workers and refugees from the 1970s to today. Inna and Lejla left the conference feeling that, “…we’ve-discovered a history of struggles in the workplace, in society, and in the face of institutional oppression and state violence. Struggles that shatter mainstream narratives of victimhood and celebrate women’s solidarity and resistance.”

This third gathering of the Asia Pacific Feminist Forum provided the AWID team who attended the event with an opportunity to learn from the people most affected by climate change, corporate power and rising fundamentalisms.

Aimee Santos-Lyons, had this to say about the inspiring gathering:

“We learned directly from indigenous people describing the impact of climate change on their small Pacific islands, women farmers discussing how corporate greed and trade treaties have decimated their seed banks and made ‘factory wives’ of village women, and how LGBTQ activists are resisting the fundamentalisms that are being imposed on their bodies, sexualities and relationships.˝

This gathering also provided “opportunities for a warm embrace, to share defiant music together and incubate cross-movement collaborations that seek to strengthen all our work.”

Over 2200 feminists attended this year’s Encuentro. For many activists in the region, the EFLAC is a space to debate, feel the feminist pulse of the movement, and a much needed place to recharge our activist batteries. Gabby De Cicco who has attended several Encuentros had this to say, “Activists at this event had a loud and clear message. We need a holistic, intersectional approach to addressing the different forms of oppression and privileges that are affecting us.”

Lifelong feminist Verónica Vidal, was a first time attendee at the 14th Encuentro. In her words:

“Seeing our movements discussing and exchanging about the forces and contexts that are oppressing women in my region made me think that we are a powerful force when we get together and unite our struggles beyond our multiple diversities and identities.”

Making a Feminist Internet: Movement Building in a Digital Age

The Internet has created new possibilities for connection, belonging, organizing and activism. In particular, digital technologies have allowed feminists to carve out space to amplify feminist discourse.

Rochelle Jones was a this year’s ‘Making a Feminist Internet’ convening organised by the Association of Progressive Communications and has this to say:

“We don’t actually need to unravel the internet to change its nature, form, colour – we just need to engage with it. And it’s happening right now, from feminist servers and hacking digital security, to challenging the power of the corporations that control and manipulate our data.”

Read Rochelle’s in depth reflections on this event

The African Women’s Development and Communications Network (FEMNET) convened the first ever African Feminist Macroeconomics Academy (AFMA) this year. This intensive week-long training was an opportunity for feminist activists to understand how current neoliberal economic models perpetuate gender inequalities in Africa and why it is critical, now more than ever, to use a feminist analysis to challenge these.

For AWIDer Felogene Anumo, spaces such as AFMA “are precious in that they advance knowledge and information sharing and solidarity building among feminists in the continent. Personally, I found it inspiring to be in a room full of feminist activists and academia who are changing the face of macroeconomics which is often ‘too white, too old, too male’.”

So there you have it. A roundup of five feminist spaces that we spent time in, learnt at, and contributed to this year. Were you in any of these awesome feminist spaces? Tell us about your experiences there, and share with us any feminist gatherings that we need to have on our radar in 2018.